Why “topping” is terrible for crapemyrtles 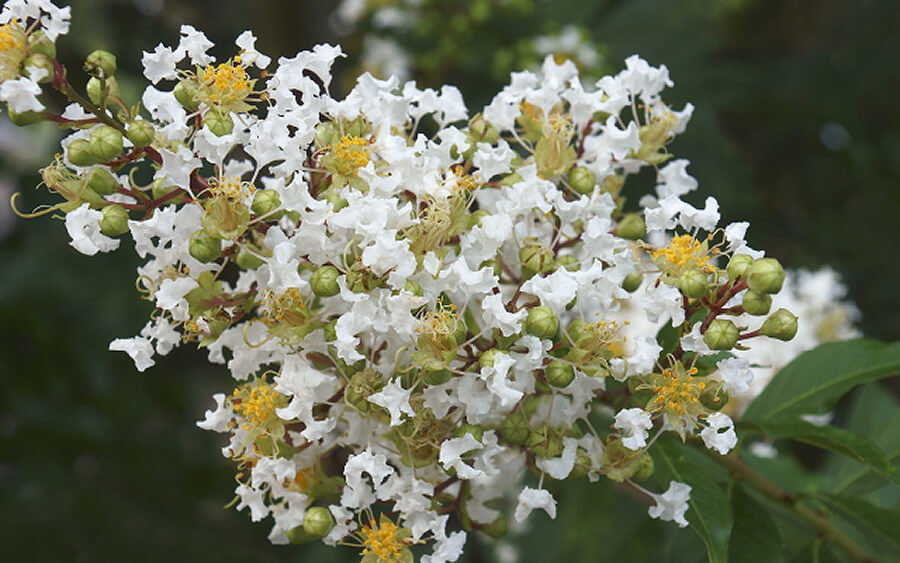 Some people call it pruning, we call it murder! Crapemyrtles are commonly found in southern landscapes and produce beautiful flowers annually. Generally, mature crapemyrtles (12–15 feet and taller) require little to no pruning. However, during the winter months, crapes drop all their leaves and become “unsightly.”

Pruning crapemyrtles is a controversial part of maintaining them. Pruning is a good way to improve the plant structure, shape and appearance. Removing lower limbs to increase clearance, cutting stems to increase branches and flowers as well as removing dead and damaged branches are great reasons to prune. The practice of topping (drastic removal of large-diameter wood) is what has been called “crape murder.” Topping is not recommended because it:

Tipping, on the other hand, is a pruning method to remove wood one year old or younger and is often referred to as “pencil pruning.” As the name indicates, only wood about the diameter of a pencil is removed and while time consuming, it creates an attractive, healthy tree in the long term. Tipping should remove crossing branches as well to prevent rubbing of the crossed branches which can cause disease.

So, as a rule, don’t murder your crapes. Prune for safety (clearance from sidewalks and buildings) anytime. Prune for the plant’s health in the winter, tip to promote flowers during the growing season. Make sure when planting new crapes to give them plenty of room and sunlight and then sit back and enjoy one of the most beautiful trees in your landscape.