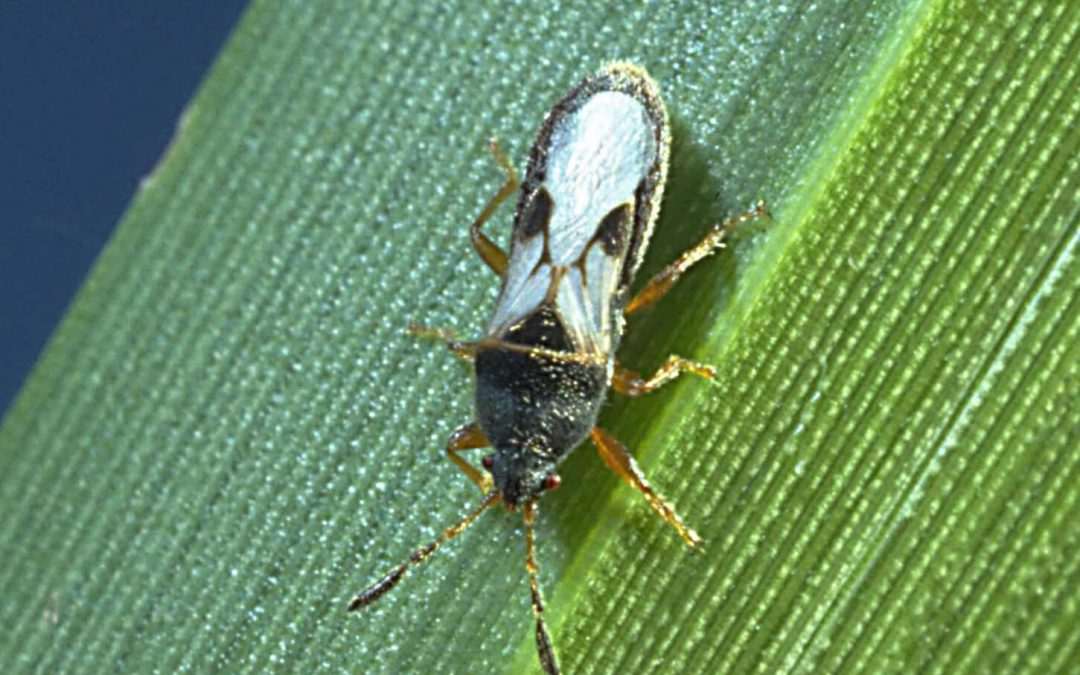 It is the time of year again when chinch bugs become prevalent in St. Augustine grass. St. Augustine grass is the most commonly used turfgrass species in Florida and in 2007 was about 51% of the total sod acreage in the state (Source: University of Florida). The widespread use of this turfgrass species means this insect pest can cause millions of dollars of sod damage per year throughout the southern United States if not identified properly and if left untreated.

Southern chinch bugs are a piercing sucking insect, and they use their needle-like mouth parts to suck juices from the stems, crown and stolons, causing the turfgrass to turn yellow, then a burnt-reddish color and eventually die. Often, chinch bug damage can be confused with an irrigation deficiency (a common misdiagnosis). If the infestation progresses, it can result in turf loss. Determining if chinch bugs are present or a lack of soil moisture is to blame is extremely important. The greatest chinch populations are usually found in the thatch layer at the edge of the affected area. Severe infestations of chinch bugs often occur from March to November.

The southern chinch bug has three life stages: egg, nymph, and adult. The eggs are initially white or cream-colored and turn orange as they develop. Nymphs are orange with a white stripe on their abdomen. As nymphs develop into adults, their bodies become darker and develop wings. Adults are about 0.2 inches long and will have two winged forms: short and long. Chinch bugs develop faster during the warmer summer temperatures.